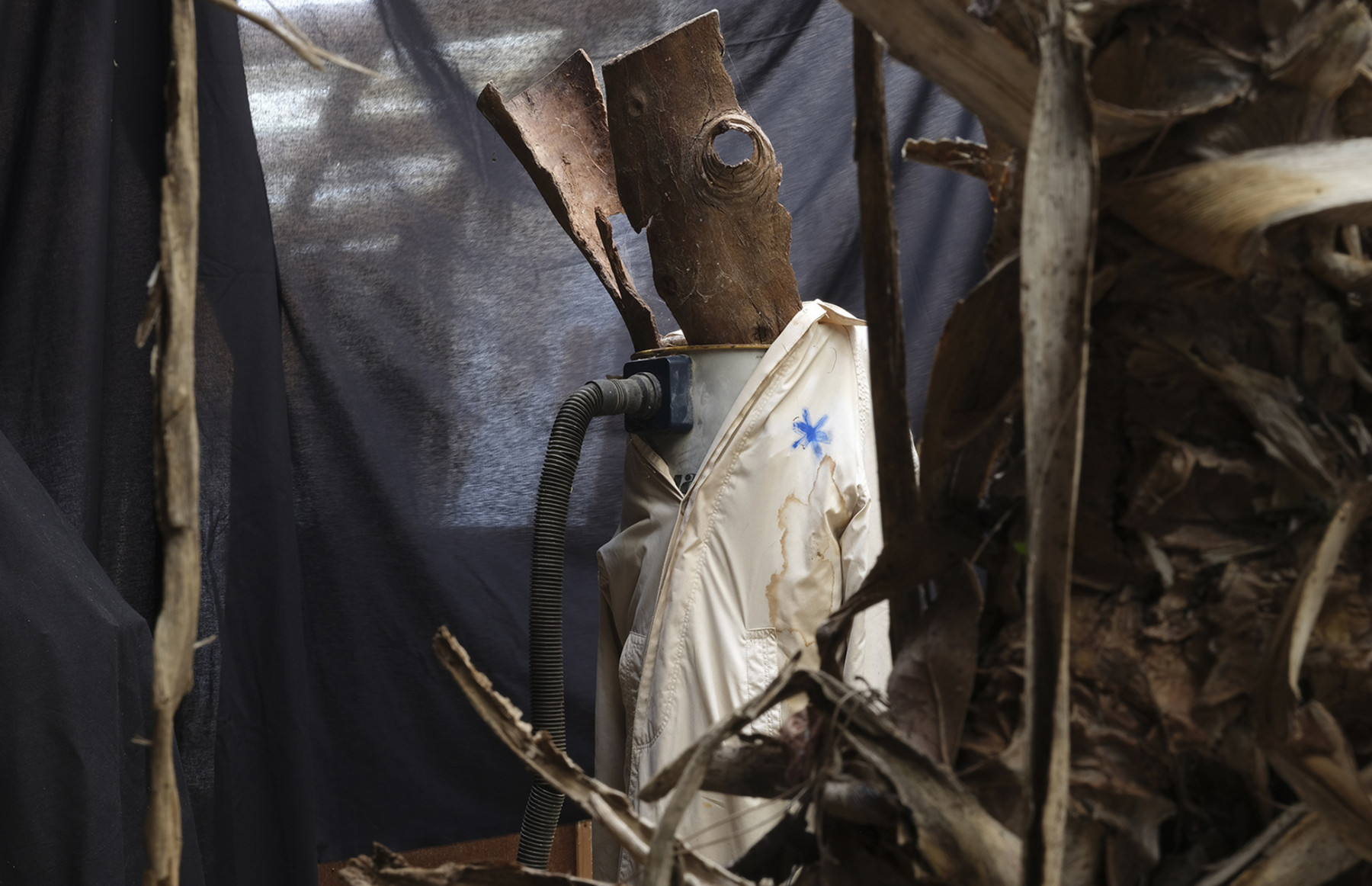 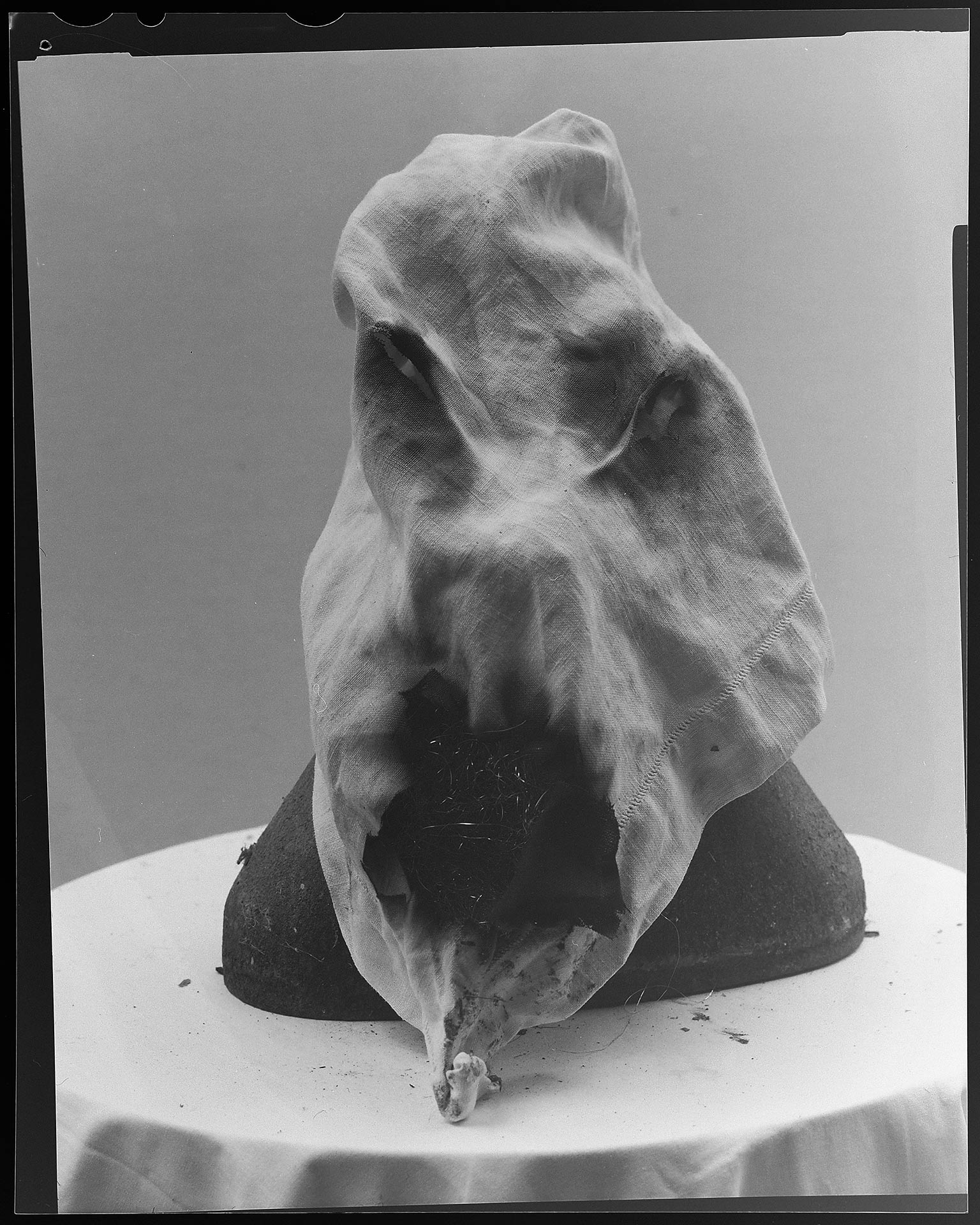 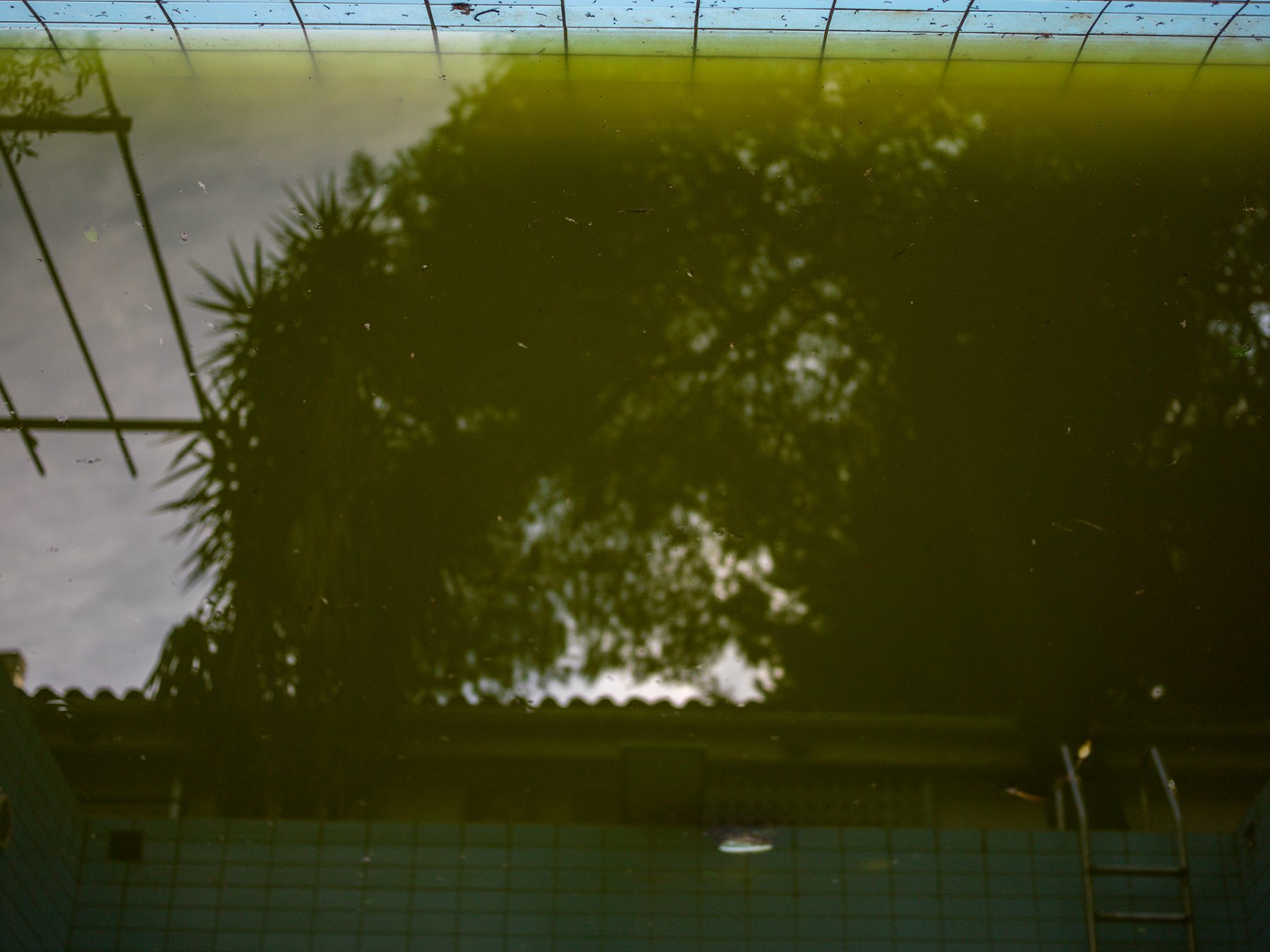 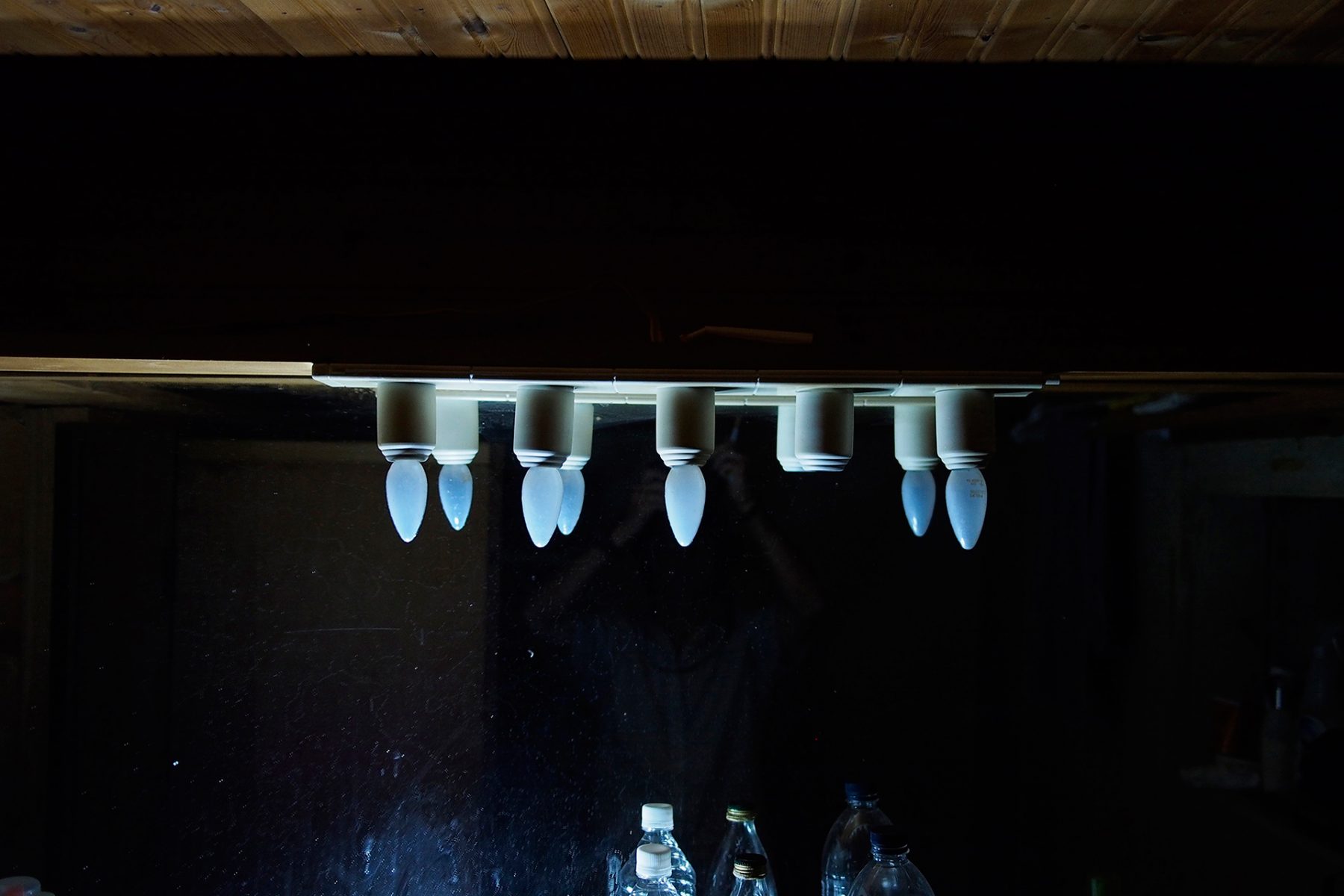 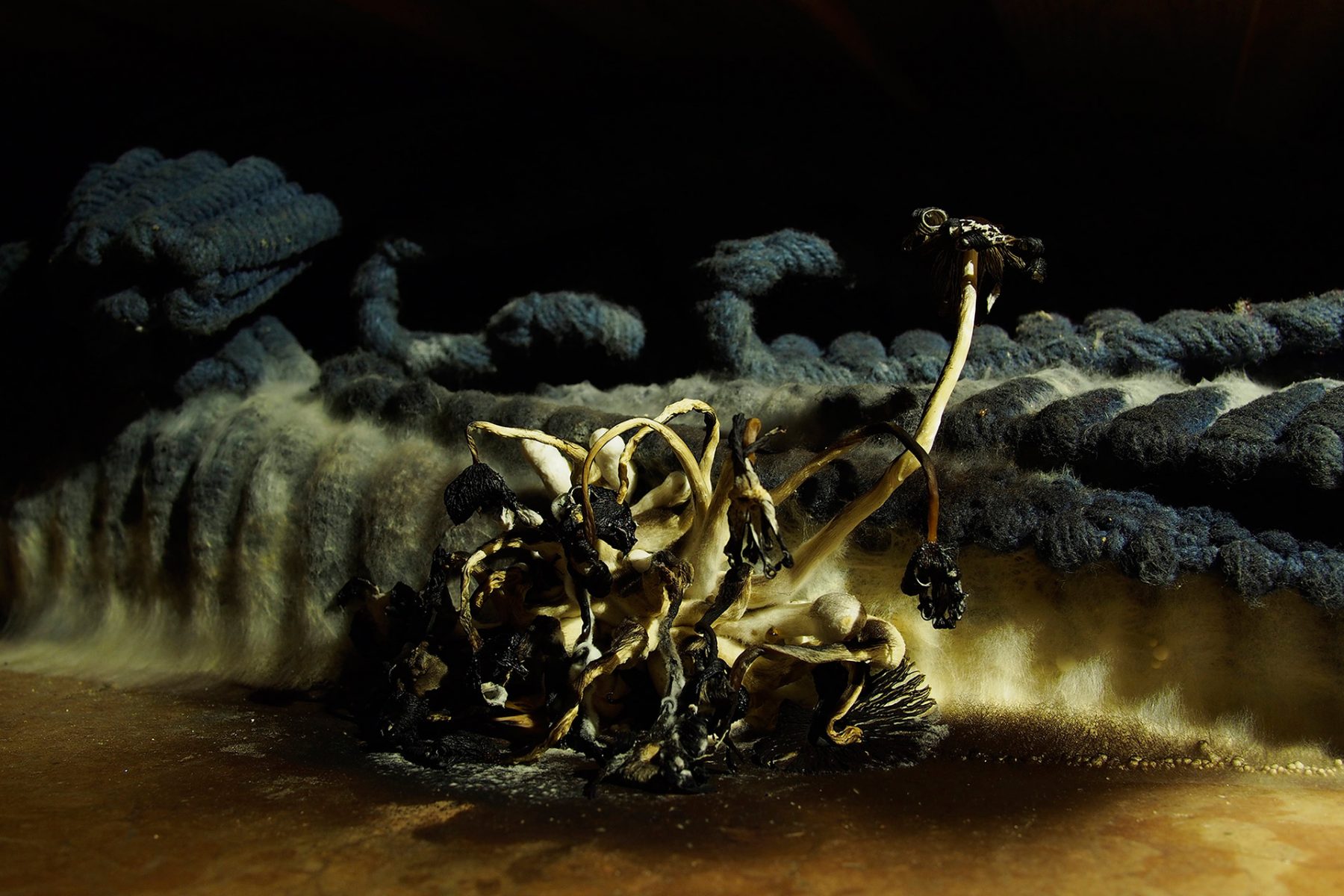 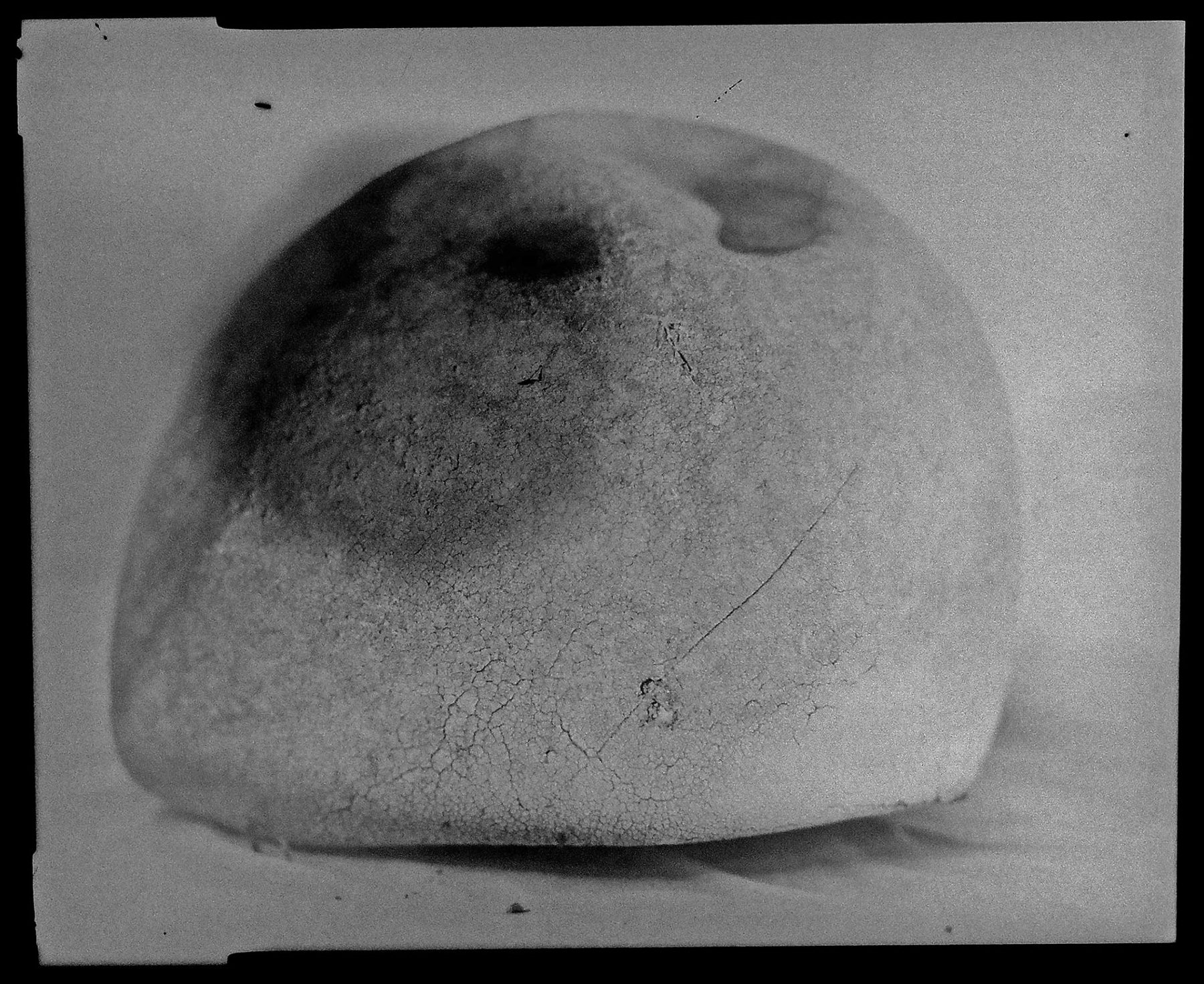 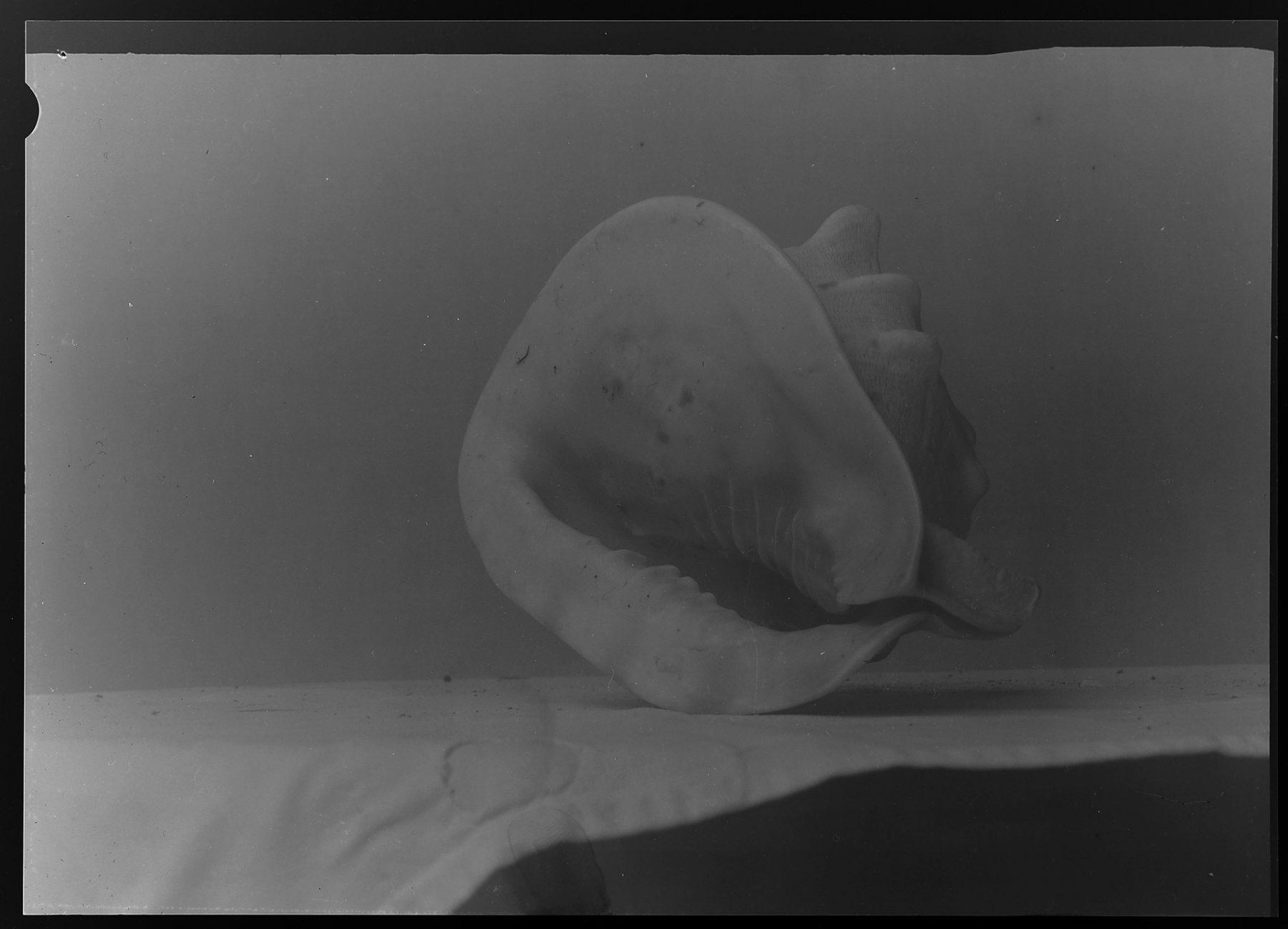 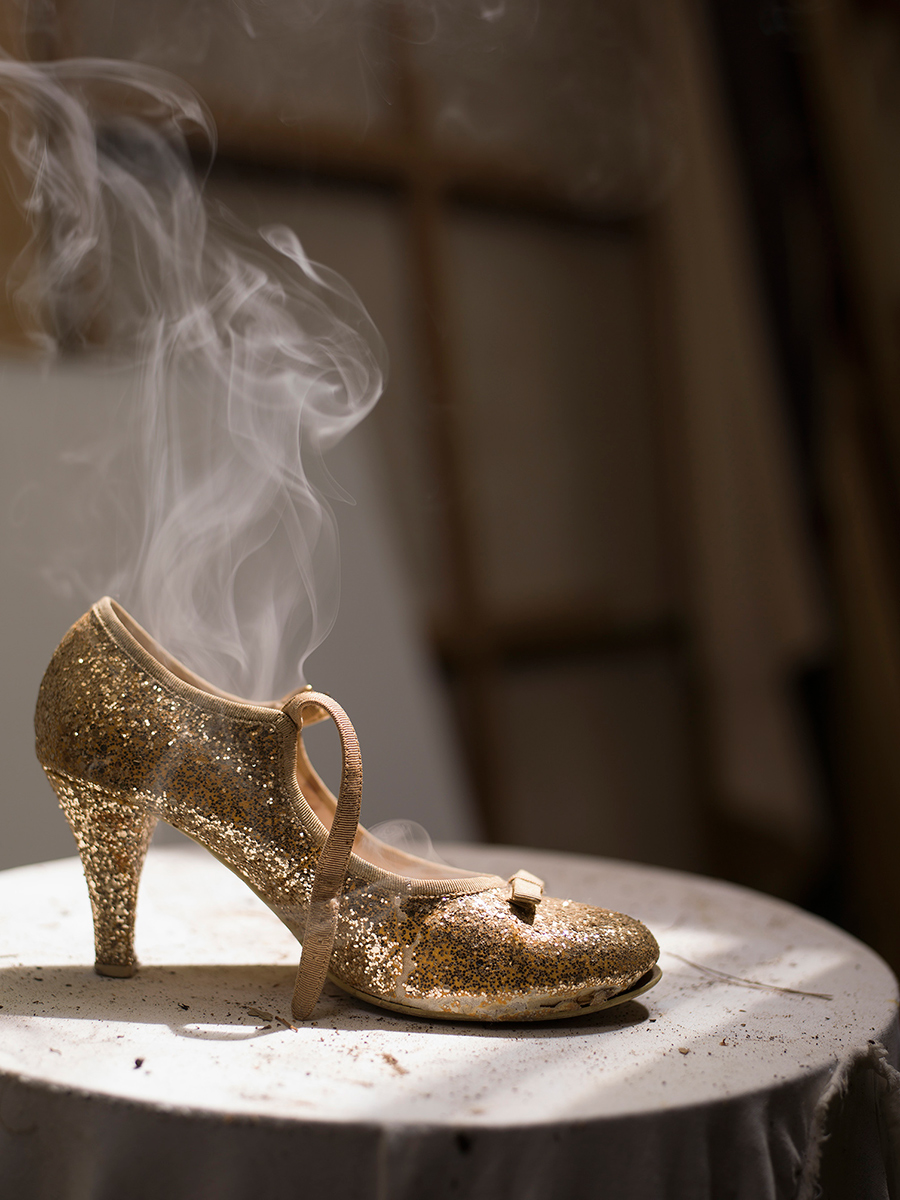 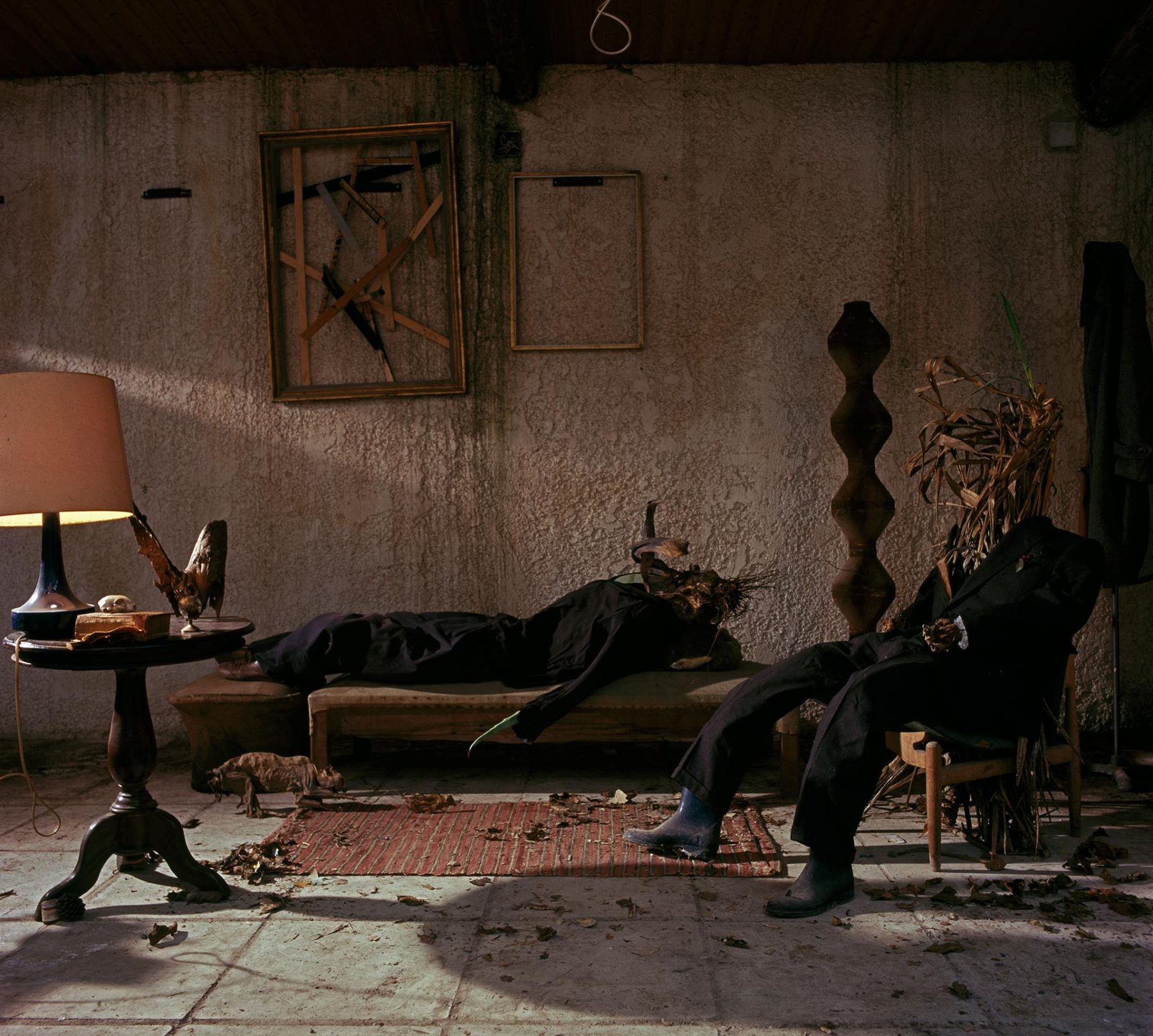 We are sailing with a corpse in the cargo

In the shadow of Mount Penteli in Attica, on the bank of a seasonal torrent in the northeastern suburbs of Athens is an estate with a house that is no longer occupied.

The garden plants abide by their own rules, the eucalyptus rises like a tower, and turning your gaze to its top is like looking at a faraway landscape. The ficus has gone wild, its branches breaking under their own weight. The palms were attacked by an Egyptian beetle; one rots into the earth, the other, without branches, gradually bows down to the ground.

Branches of the old pines twist in unexpected directions, balancing their weight on eroding terrain like overweight ballerinas.

The agave, or “athanatos” in Greek, died, and from its rotten leaves an enormous flower has shot up.

The rest make due as best they can, most withering but also spreading with silent frenzy.

In the pool, the water level is below the half-way mark, and what is left is viscous and brownish-green, large frogs appearing at times. Once, a bloated frog was floating on its back in the rain.

One mid-afternoon, a fox with a mangy tail stood for a long while fixing its gaze on the shaded windows of the house.

The torrent claims its old bed. With each big rain it eats away at the banks, dragging marble from the quarries, uprooting trees and carrying all manner of rubble and debris.

Its bed is sandy, interrupted by boulders and large branches, its banks changing every time it fills with water. Mixed in with the soil are old clothes, pieces of plastic, rusted cans, smoothed pieces of colorful glass, detritus of household appliances, a television, small decorative marbles from the workshops once populating the area.

If you sit in the middle of the dry bed when it begins to rain, after a short time you can hear the roar of water rushing downwards, moving the boulders and stones, dragging with it all that it collects along its route down from the mountain. Suddenly you see it turning the corner: solid, foamy on the surface, the color of coffee with milk. It collides violently with the two plane trees, pulling everything in its path. On the banks, the water level constantly rises – quietly.

At the edge of the estate is an abandoned painting studio.

It used to be the workshop of my oncle, the important Greek artist Nikos Kessanlis. It goes without saying that the place, the materials and the notion of heritage became central for the project.

The wooden beams supporting the roof have rotted and the ceiling has sunk, in other places it has holes; rainwater slides down the walls and pools on the floor, and at points the sky is visible.

I began to photograph the estate with an early 20th-century wooden Kodak camera with bellows, driven more by curiosity and the desire to bring the camera back to life than by any technical or aesthetic demands.

I used 13×18 negatives, photographing the edges of the estate, its riverine borders, the silence and inertia of the landscape, well-befitting the camera’s abilities. I developed the negatives by hand in a bucket in the cracked bathtub of the house, counting seconds, not caring about temperatures, leaving the washing to the rain.

Back in the atelier, I draped a white sheet over a small table and began to place various objects for photography.

I played with the idea of still-life, memento mori; I gathered personal items, fragile material, a shell, tools, a dead bird I found in the garden, a mummified cat from a cave by the river, dry leaves, objects from personal collections, family memorabilia, the bloated frog from the pool – I vividly remember the vaguely fishy smell.

When this process started to feel excessively morbid, I took walks down by the river.

I photographed the landscape, noticed the changes brought by the water, searched for material. I never encountered anyone else.

Initially I took photographs using black and white 135 and 120 film, tormented by the idea of materiality, corporeality.

I wanted a material that I could handle on my own, without an intermediary, from taking the shot to the final printing, and at the same time a material I could touch and that would accept my touch.

Next, I photographed ever more frequently using 10×12.5, thinking of them as large final prints. I was in need of the resolution of the large format but especially its selective focus, its definitive choice of gaze.

As the compositions became more precise, passing from objets trouves to assemblages, I became entangled with the idea of vantage point – should it be singular, predetermined by the photographer, or plural, chosen by the viewer?

Sculpture, both as an idea and an actuality, claimed space, as did nature, in the atelier. Mushrooms sprouted in the corners, the cut branches of the ficus I brought over never completely dried, dust and spiderwebs expanded the shapes of objects, and more animal corpses appeared, worms ate the birds, flies were born and died in just one day, the walls becoming ever greener.

The choice of medium was chosen appropriately; I started to use colored slides, then digital medium format, mainly succumbing to the charms of the shades of decay.

I started to construct dolls from old clothes, sticks, planks, books, and small sculptures from material I found lying about. At first the organic material was paramount and the need to photograph such assemblages overriding.

Some of these transmuted quickly, especially the biological, while others were exceptionally unstable, such as a pile of rotted wood or an old undershirt folded in such a way as to form a face. Gradually, the use of more durable materials, timber from the ceiling, trunks, abandoned painting supplies, cement, disassembled furniture, easels, irons – all material pre-existing in the space – intensified the desire for more solid sculptural constructions as well as a reflection on the “ownership” of the gaze.

Should these compositions exist as photographs, interpreted by the camera, or should they remain in space, to be left to the viewer’s gaze?

To serve vision, or in some way touch?

Do they have the slightest entity as visual objects or does their only potential point of interest lie in the glance with which I looked at them, the gaze reproduced as a photograph?

In the end, is it the gaze or the aura?

And perhaps the gaze becomes a pretext for something more practical: Here, does it not justify the banal relationship between the photograph and time? Doesn’t it stop a process of decomposition, doesn’t it stop time? Or maybe it just extends the decay indefinitely?

In any case, the ceiling continues to sag dangerously.